Why social media is at the forefront of protective intelligence 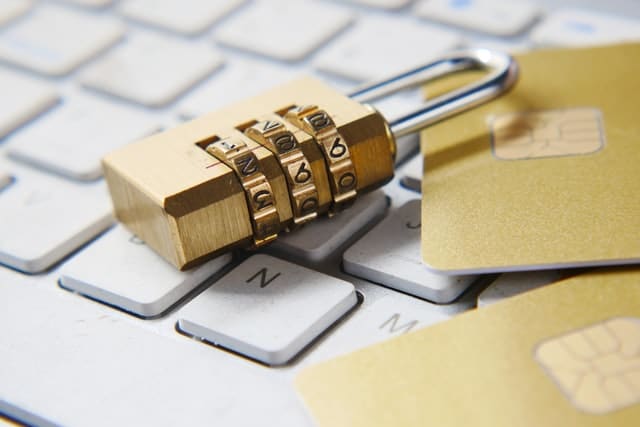 In today’s divisive political climate, for businesses, organisations and enterprises, “the most dangerous risk may be the one [they] did not foresee.” Source. It has been noted when it comes to risk management, “maintaining a preventative, proactive methodology to [threats] has proven to be more beneficial and cost effective than a reactive approach.” Source.

Track24 takes a closer look at examples of how social media can aid protective intelligence and considers when we should be wary when using social platforms.

OSINT and SOSINT: Where does social media come into play?

The largest collection of information available to private investigators (and here we’re talking the big boys… the FBI, CIA and NSA) is open source intelligence, or OSINT. This means intelligence collected from publicly available mediums, like, you guessed it – social media. Source. Other examples of OSINT include the internet, photos, the media and geospatial information. Social media is the largest and broadest field of OSINT as its integrated technology allows users to generate content online for both interaction and collaboration for little, or often, no cost. “Much broader than just Facebook and Twitter, examples of social media sites include blogs and microblogging sites, media-sharing portals, mashups, RSS feeds and podcasts. This collective source of information is growing so large within the intelligence community it is even gaining its own acronym, SOSINT for Social Open Source Intelligence.” Source.

Of course, the obvious must be stated. Social media can, too, pose a huge threat when it comes to cyber security, as highlighted and elevated by the Coronavirus pandemic.  “From January to April of this year, according to data gleaned from Ontic’s clients, companies reported a 300% increase in COVID-19 and threat-related data through social media.” Source.  Businesses, organisations and enterprises should be wary when it comes to social media, though intelligence professionals have the upper hand when it comes to harnessing the protective intelligence powers and possibilities of such platforms.

The publication LexisNexis’ Social Media Use in Law Enforcement used surveys to identify real world examples where social media was used to prevent or thwart pending crime in the USA, such as by stopping active shooters, in tracking gang behavior, mitigating threats towards school students and enacting arrest warrants. “For the private investigator seeking information on the behavioral circumstances of a subject, something as quick and easy as analyzing status updates, check-ins and posted photos by the subject and their friends may provide the information necessary to conclude if a legitimate threat exists.” Source.

The scammed and the scammer: Social media and malicious activity targeting the individual

Social media can be used maliciously by hackers or scammers to target individuals, by harnessing data or personal information for personal gain. Protective intelligence means being wary of this and ensuring strategies are in place to combat potential threats, before they happen.  The hit Netflix documentary The Tinder Swindler has been a talking-point in the mainstream media in recent months. We learn of the so-called swindler himself, Shimon Hayut, who uses dating apps to lure in multiple women, before establishing loans and lines of credit in their names. Source.

Elon Musk embraced the powers of protective intelligence when he took it upon himself to challenge a person of interest, who had been posting his private flight details online, which posed a substantial security risk. The scammer was blackmailing Musk, demanding a ransom to be paid. Media reports reported: “Elon Musk states social-media accounts that track his travel movements are ‘becoming a security issue’.” Source. In a latest hacking trend, “tail numbers and yacht names of billionaires are increasingly being shared on online platforms. One can track them by having the appropriate app unless significant efforts are made to secure them from the reach of those diligent few. These are unique specific details” that protective intelligence and security teams “need to pay close attention to at all times.” Source.

Businesses, organisations and enterprises should be increasingly wary of the risks posed by social media, putting into place protective intelligence measures in a proactive, rather than reactive manner. “While the benefits of social are clear, there are risks to be wary of. According to the latest EY Global Information Security Survey, 59% of organizations had a “material or significant incident” in the past 12 months.” Source. In her recent LinkedIn article, Denida Grow, founder and CEO of Athena Worldwide investigates how SOSINT might be used to counteract potential threats to security posed by social media.  “The use of social media and the way it affects our lives and businesses have brought a new challenge to the security industry and the protective team’s responsibility. It gives the entire world the ability to look into people’s lives with the mere push of a button. Scandals are created, secrets exposed, and lives ruined. In the case of personal security, social media can be used in the advancement of a protective detail; however, one must know how to utilize it properly.” Source.

High profile organisations have recently become victims of malicious attacks from hackers, via social media platforms and add-ons. One example is the hacking of the Twitter accounts associated with the International Olympics committee. It is believed hackers accessed the accounts through a third-party analytics app. FC Barcelona were then found to be victims of the same hack. Read more on the story, as reported by Reuters, here: Source. Hootsuite’s blog alerts us of a further breach of security through social media hacking, this time, at the level of international government. “The government of the Cayman Islands recently had to issue an imposter alert. Someone was impersonating a government minister on Instagram.” Source. The hackers were using the account to contact individuals about a fake relief grant.  Hootsuite highlights that “LinkedIn’s latest transparency report notes that they took action on 21.6 million fake accounts in just six months. The majority of those accounts (95%) were blocked automatically at registration. But more than 67,000 fake accounts were only addressed once members reported them.” Source.

To summarise, in a landscape where hacks and scams are more rife than ever, businesses, organisations and enterprises must have protective intelligence strategies in place, when it comes to using social media. SOSINT strategies mean you can not only protect yourself online, but also identify what is being said about your business or your clients, brands or corporations you are involved with, to combat any threats or risks which may exist in relation to these aspects. Source.

At Track24, we’ve compiled a quick guide of how social media could be used to support protective intelligence in your business, organisation or enterprise;

In conclusion, the changing landscape of our society and our habitual online presence, means social media is certainly at the forefront of protective intelligence. We’ve highlighted the necessity to be cautious and monitor our use of social media and explored how deploying SOSINT strategies can help to protect us and mitigate threats on both a personal and at a business level. We’ve honed in on social open source intelligence (SOSINT) in particular, whilst providing a quick guide as to how your business, organisation or enterprise can use social media to boost its protective intelligence.

We use cookies on our website to give you the most relevant experience by remembering your preferences and repeat visits. By clicking “Accept All”, you consent to the use of ALL the cookies. However, you may visit "Cookie Settings" to provide a controlled consent.
Cookie SettingsAccept All
Manage consent

This website uses cookies to improve your experience while you navigate through the website. Out of these, the cookies that are categorized as necessary are stored on your browser as they are essential for the working of basic functionalities of the website. We also use third-party cookies that help us analyze and understand how you use this website. These cookies will be stored in your browser only with your consent. You also have the option to opt-out of these cookies. But opting out of some of these cookies may affect your browsing experience.
Necessary Always Enabled
Necessary cookies are absolutely essential for the website to function properly. These cookies ensure basic functionalities and security features of the website, anonymously.
Functional
Functional cookies help to perform certain functionalities like sharing the content of the website on social media platforms, collect feedbacks, and other third-party features.
Performance
Performance cookies are used to understand and analyze the key performance indexes of the website which helps in delivering a better user experience for the visitors.
Analytics
Analytical cookies are used to understand how visitors interact with the website. These cookies help provide information on metrics the number of visitors, bounce rate, traffic source, etc.
Advertisement
Advertisement cookies are used to provide visitors with relevant ads and marketing campaigns. These cookies track visitors across websites and collect information to provide customized ads.
Others
Other uncategorized cookies are those that are being analyzed and have not been classified into a category as yet.
SAVE & ACCEPT
Share This